“Fat belly girl” may be a phrase that refers to a female with a big tummy. As we age, we tend to change from one lifestyle to another. As a result, if others have not called you names such as fat belly girl or fat belly boy, you are lucky. So, what are the ways for girls to get rid of belly fat?

Depending on what you have tried in the past if it’s difficult for you to have a flat belly even after you went to the gym and with a strict diet, we think you should think about liposuction or non-invasive fat removal. These are the quickest ways to get a flat belly and are FDA-approved. However, you should get a doctor’s advice first.

Whether we become more productive or become lazier, is mostly dependent on how life is treating us. A great example is when we laze around for days, months, or even a year, we may get belly fat from doing nothing.

What is belly fat?

Belly fat is the type of fat that is accumulated in our abdomen. It has two classifications wherein it differs where it sticks. The subcutaneous type of belly fat is the one that can be found in the skin.

The visceral belly fat is the one that wraps around our organs. Normally, we can have belly fat in little amounts or percentages.

This is because it can be used as protection for our internal organs. However, having a big belly more than the normal percentage poses a great danger to your body.

Girls vs Boys having belly fat? Is there Gender Discrimination?

However, this has opened worldwide talks of upliftment for overweight people. On the other hand, while this topic still exists in our society, weight bias against different genders is also rampant especially in schools and in the workplace.

Reports show that overweight women are more affected by this issue than overweight men. Studies suggest that the issue of weight discrimination with gender bias originated from the ideal physical appearance of men and women.

This issue has strengthened because of social media and the entertainment industry where people mock the overweight and ugly. Seeing it as a negative thing, viewers and the whole population started to compare and evaluate people who belong in this category.

Professionals say that women are gravely affected by this issue more than men. Reports have also been made that boyfriends, husbands and even parents compare and state that they should have the ideal physical appearance in order to become desirable.

Although having a big stomach may be something that may lead to health issues, some have made it a joke. For example, for a female, it does not sound nice to be called a fat-belly girl.

Women can be more obsessed with their appearance. In some parts of the world, men regard skinny girls as sexy. However, this is not always true in every place.

There used to be a belief, especially in third-world countries that if you are fat your family is rich. This might be true even in first-world countries where rich families expose junk food to their children.

Nevertheless, one may not put under carpet gender discrimination against those who find it hard to lose weight.

While one can think that only females suffer from being given names that define their weight, males are not an exception. For example, the phrase “fat belly boy” may refer to any male that has a big stomach.

Consequently, most males between the ages of 18 to 36 years spend some of their time in gyms. Nevertheless, not every male that goes to the gym is concerned about health.

I used to accompany my friends to the gym. When I told them to join me for morning jogging they were not interested. Why?

They were more concerned about having a six-pack with big muscles so they can impress their girlfriends. For this reason, one should not underestimate how can a male feel when one calls him a fat belly boy.

As for the older generation, fat belly grannies and grandfathers pose more concern towards their health rather than weight discrimination. Belly fat is a concern to people of all ages.

This is because the body systems of old men and women are weaker and more prone to diseases. Health experts say that a fat belly can be a sign of heart disease, diabetes, and even cancer. That’s why it is very important that we take care of elders and give them a good lifestyle.

What are the causes of the fat belly?

One of the most seen causes of gaining belly fat is lack of exercise. Many people who go through their day lazing around and watching tv gain belly fat.

This is because they are having an inactive lifestyle wherein they are gaining calories more rather than losing them.

Scientifically, the calories turn to energy which the person would use throughout their day. The unused energy would eventually turn into body fat and may head to your abdomen.

Having an unhealthy diet such as consuming sugary foods and drinks can contribute greatly to weight gain. This diet can cause your body to have a slow metabolism which also affects weight gain.

Partnering this up with a lack of exercise can cause overweight possibilities. Therefore, we should be cautious about our lifestyles to prevent health problems.

In this world full of stress, we must know how to control our time and find things that may lessen our stress. Stress is very much unavoidable because we have day-to-day problems.

Uncontrolled stress can cause our bodies to release high amounts of cortisol which greatly affects our metabolism. This then turns into an increase in weight and a gain in belly fat.

Lack of sleep also has an impact on our weight. Research shows that many people who lack sleep gain more pounds than those with enough amount of sleep. Professionals also suggest that an inadequate amount of sleep can make you more hungry which increases food consumption.

What are The Risks of Having a Fat Belly?

Having belly fat can signify health issues such as heart disease. According to health experts, belly fat in people who are overweight and those who do not pose a risk of cardiovascular disease.

This means that even people with healthy BMIs that have belly fat can still have heart disease. This is because too much fat that wraps around or builds upon the heart makes it hard for the heart to function. An example of this is when the fat becomes an obstruction to the blood flow.

One of the major health risks of having belly fat is the increased risk of cancer. In a study in 2017, fats that are in our body can transform a non-cancerous cell into a cancerous cell by releasing a specific type of protein.

The study also suggests that the lower layer of belly fat is probably the source of the problem. The conclusions of the study state that this layer of belly fat releases more of that specific protein which further contributes to tumor growth.

Excessive amounts of belly fat can also cause dementia. Dementia is a form of impairment wherein it causes one to reduce the ability to remember, think, and have different brain processes.

An article in 2010 suggests that excess belly fat may shrink the brain and cause further damage to memory and other processes. The researcher also suggested that the higher percentage of visceral fat, the more it shrinks the brain.

This link between dementia and belly fat concludes that people with more belly fat have poor cognitive functions.

A fat belly is an issue that challenges all genders. It doesn’t discriminate. Further, it may lead to serious health problems. While sometimes some may laugh at people who have weight problems. We should not handle it in that way.

We should encourage each other to adhere to a healthy lifestyle because at the end of the day we are our brother’s keepers. We should show a spirit of humanity and care for one another. Lastly, when you have weight issues don’t allow them to exacerbate. 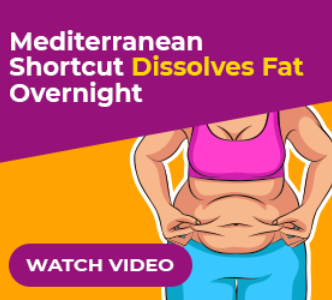